Are you considering becoming a creative person? Too late, you already are one!

Sometimes the thought of making art can seem very daunting, can’t it?
I think a lot of people would be surprised to know that many artists feel that way too! Especially for women artists with children and jobs. There are times when we don’t get to paint, when real life takes over for a while and the studio gets dusty!

I often see posts on Instagram from artists being brave enough to speak about this, and describe that feeling of fear and trepidation at starting again.

To quote from a great book – ‘The Artist’s Way’ by Julia Cameron:

The creative process is a process of surrender, not control…. you must give yourself permission to begin small and go in baby steps.

When I first started back painting again in 2015, after a long hiatus, I chose an e-course called ‘Permission to Play’. The title jumped out at me at the time, because it sounded fun and easy and not intimidating! That willingness to be a beginner is a great place to start. So here are some tips to get started and make it fun!

Instead of painting one picture at a time, consider starting a few paintings at the same time. This might seem counter intuitive – having to create several paintings instead of just one!? Jeez no pressure! But actually, it is very freeing.

You can move from one canvas to another, so when you get stuck or don’t know what to do next, you can just set that one aside and keep going!
Working in series can lead to a nice collection developing because the paintings have a connection and often a similar colour palette.

Here are some examples of working in series: in the first picture a series of colourful florals, in the second picture using a limited palette with the focus more on the composition. 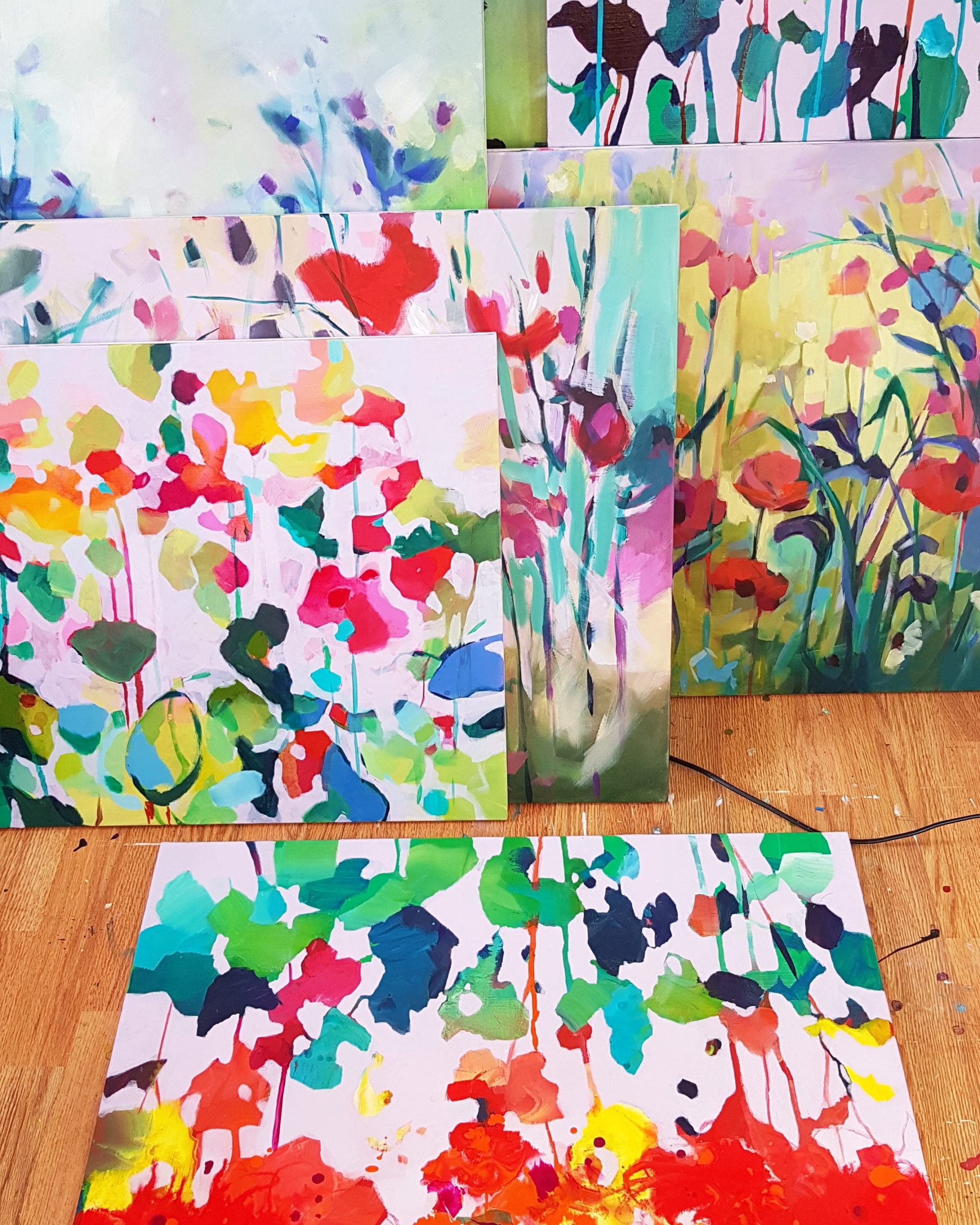 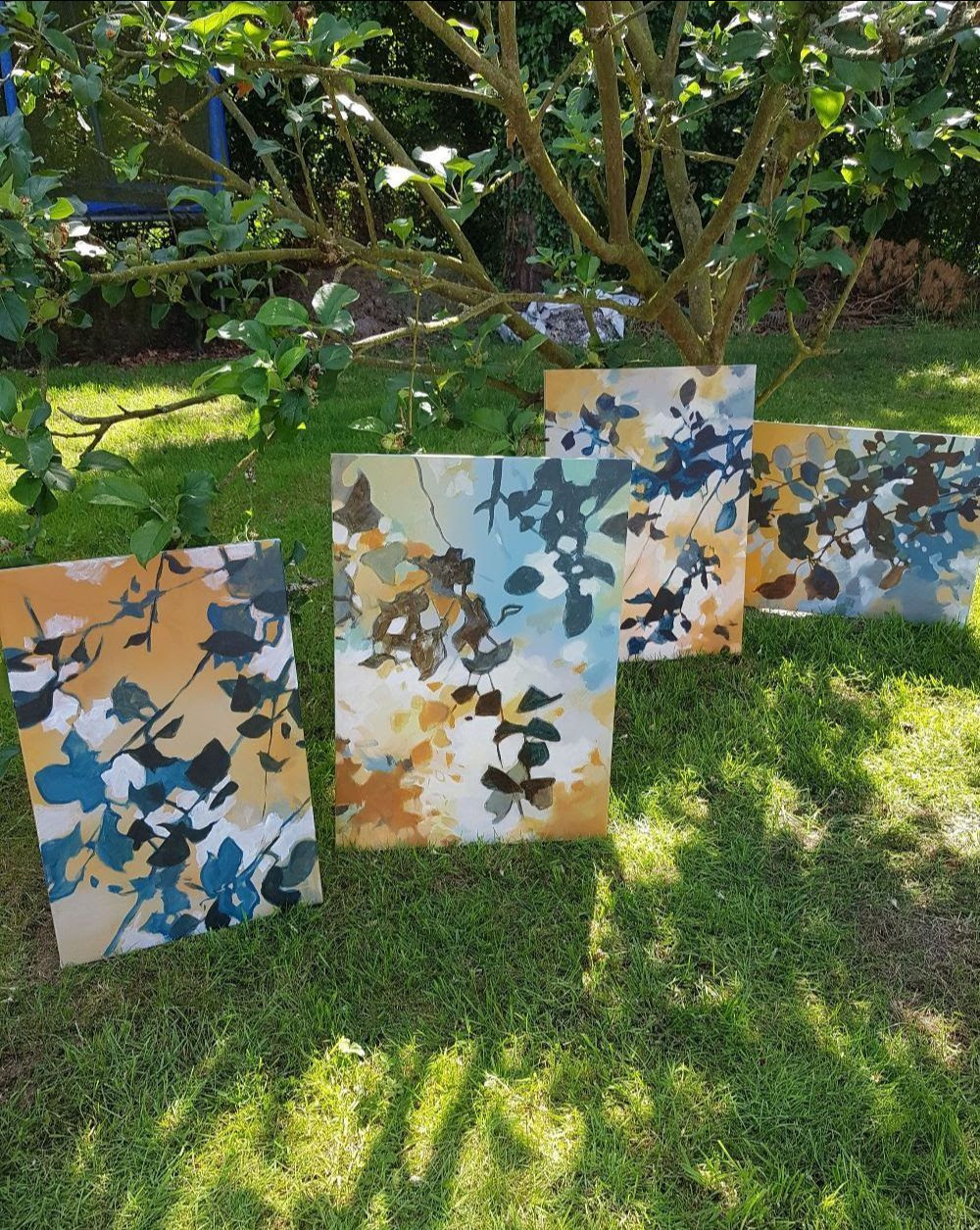 Try using water based media – like inks or fluid acrylic paints. They are very freeing as you cannot control the outcome easily. They force you to let go and be more loose and experimental. Watery paint or ink is an unpredictable medium, so it’s a wonderful tool to play with.

I find that anything which helps you get lost in the process, as opposed to focusing on the outcome, makes the process more enjoyable. At the end of the day, that is my reason for painting – to tap into that quiet place of curiosity and connection.

These are my favourite inks – FW Acrylics… they are a joy to play with! Here I’ve diluted them with water and am flicking ink at the canvas which sits on the floor. You have to let them dry of course – which is where working in series comes in handy! 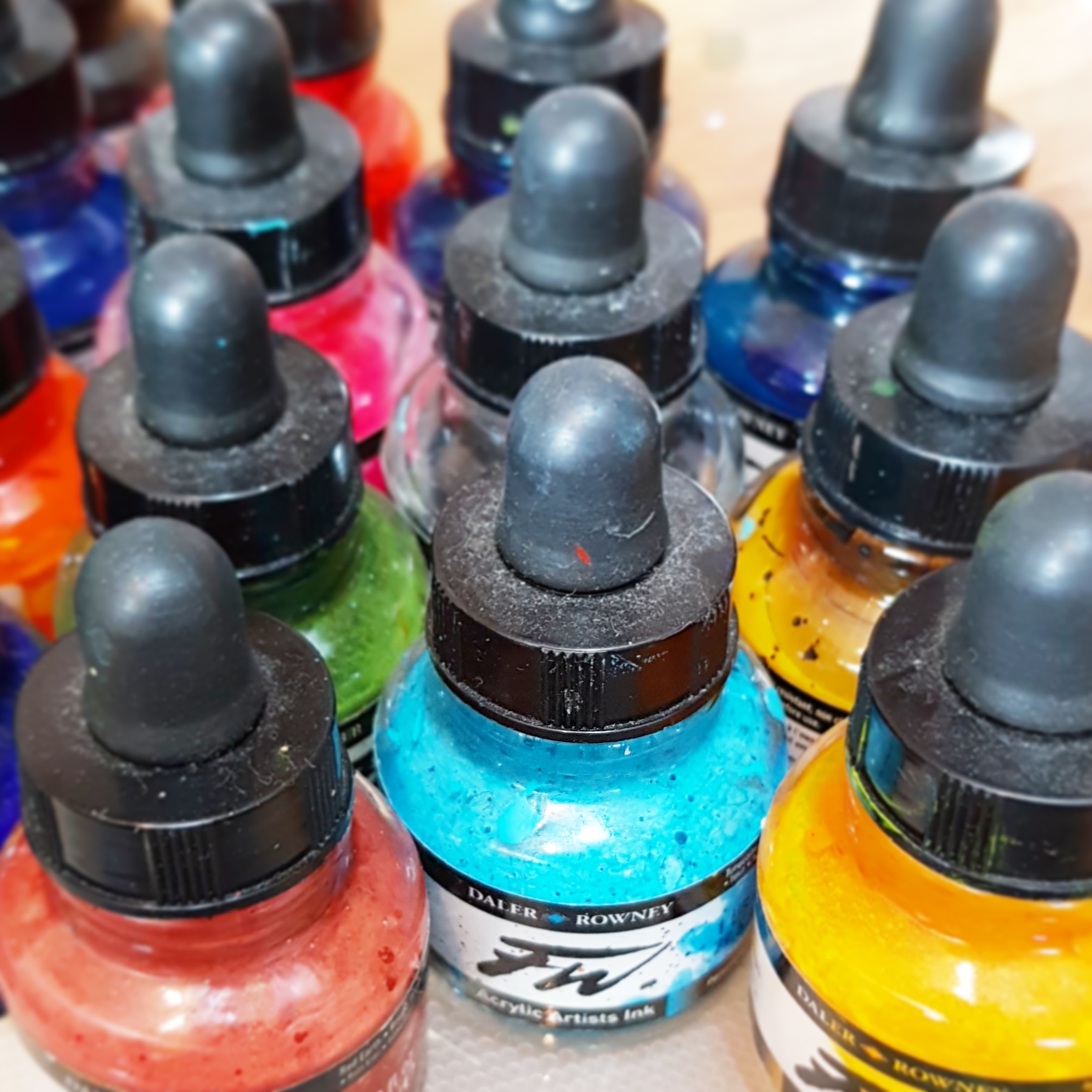 Now, this tip is not for everyone. Personally, I find it hard to limit my palette as I am so drawn to colour! But, I have learned the benefits of working with a limited palette, which I explored on several e-courses over the years.

You could try using a simple palette of a dark, a light and one colour. For example, a dark brown, a white and some yellow ochre, or a navy blue, white and a light green. It’s up to you – there are no rules!

But why I hear you ask!? Well, doing this eliminates a lot of decision making, because colour is TRICKY and can turn your painting into a hot mess very quickly!

Using a simple palette at the start can free you up to think about other less obvious elements of your painting – such as composition, shape and line which we can overlook. I am often guilty of this and that’s why I know this tip is a good one!

Some examples where I used a limited palette at the start. 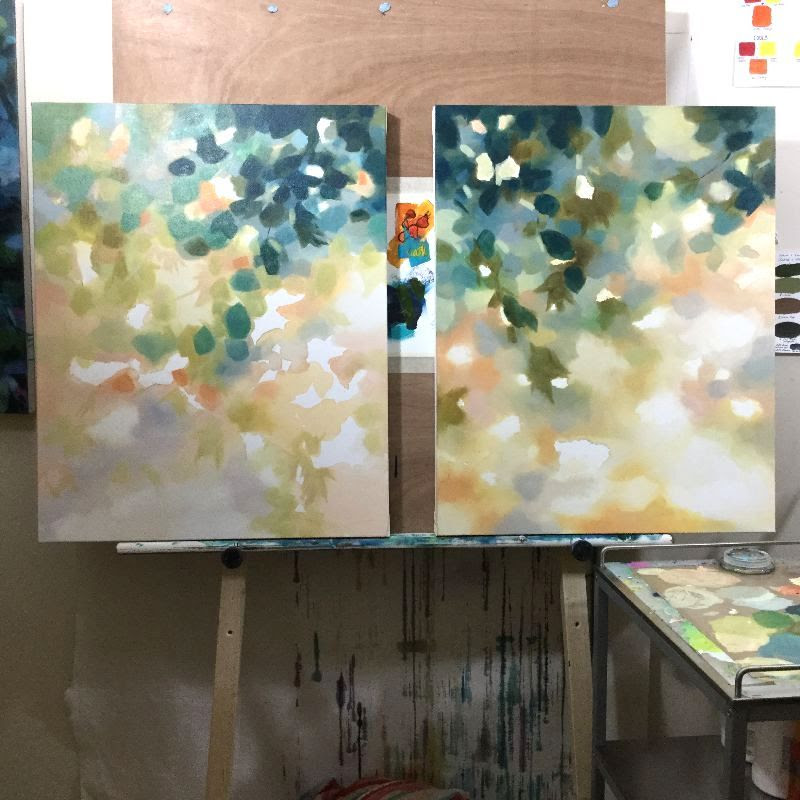 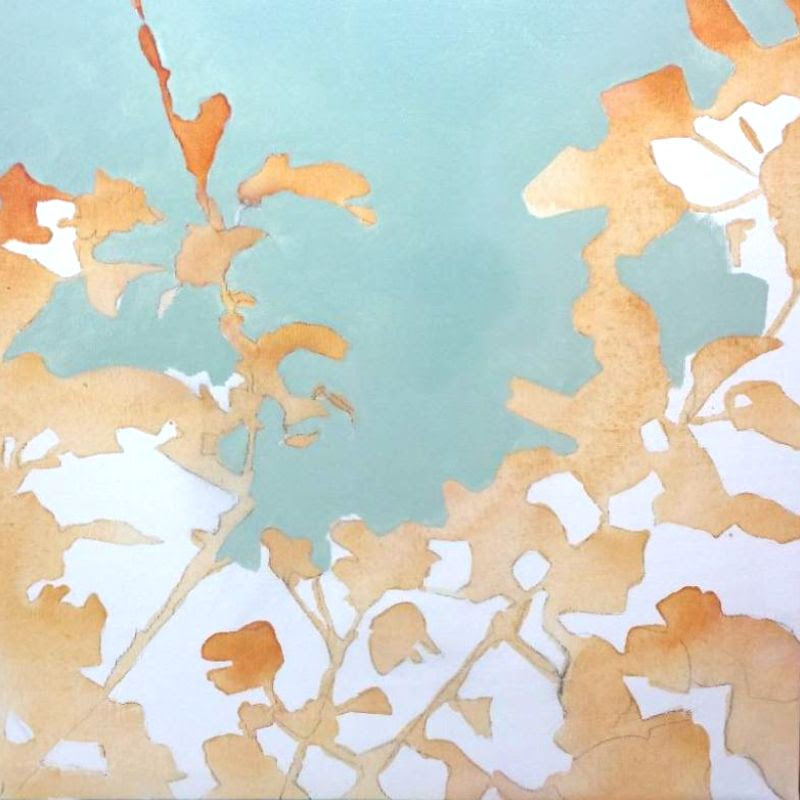 An Act of Faith!

I hope that you can use some of these tips if you decide to get creative.
If that’s not your thing, I hope you enjoyed this window into my thought process!

To quote another of my favourites:

“Adventures don’t begin until you get into the forest. That first step is an act of faith”.

Have I inspired you to get painting? Let me know!